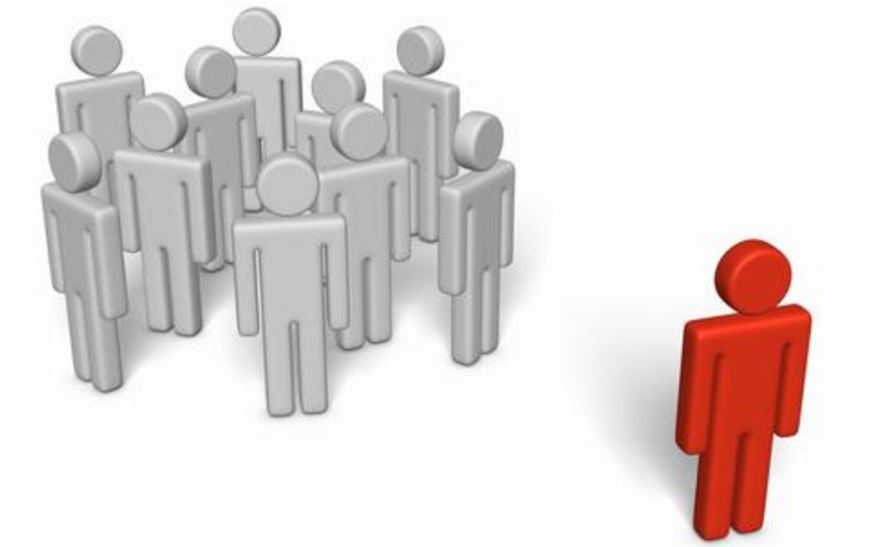 When it comes to reserve accounts and budgeting for common interest communities (condominium communities or single-family homeowner associations) we often encounter a belief that because something has been done a certain way, with no negative impact in the community, that it must be the best way to handle the budgeting. This is especially correct when we are discussing matters related to the reserve account and the allocation rate (how much is being deposited annually) over the life of a community. I am going to touch on how the majority can be incorrect in their logic and in their decision-making related to the budgeting for these common area projects. Let’s start with a real-life example I encountered.

We were contacted by a Board Member of a condominium association who had concerns regarding the adequacy of their reserve account. There were some “new business” discussions in the community about the roofs needing replacement in the near future. There had been some recent leaks that were repaired, and the Vendor suggested a roof replacement due to numerous areas of concern during their inspection of the roof. They were provided a bid for this replacement and the costs was much higher than the amount in the reserve account, in fact there would be an immediate need for a special assessment on all the owners to pay for these roofs which were 24 years old.

During this process there were some differing opinions of the Board Members on how to proceed. Since this project was a “surprise” to them they decided to obtain a reserve study by an independent reserve analyst and see what other projects were not being budgeted for; that’s when we came into the pictures. I completed the site inspection, and then developed the reserve study with my funding models and recommendations over the next several weeks. I came to my conclusions and provided a Percent Funded calculation that this community was severely underfunded; they had simply not been budgeting enough to their reserve account and were likely to have a very difficult 5-10 years of financial insecurity and turmoil because of this.

My recommended funding model in the reserve study indicated they needed to raise the funds to pay for the roof projects in the community immediately (special assessment or a loan) and raise their reserve allocation rate by about 100% just to get onto a more adequately funded path towards a well-funded reserve account. The reserve study included very large common area project estimates for this roofing project, an asphalt overlay (resurface) project and an underground sprinkler piping replacement project. Obviously, this was not good news to anyone in this community and the first question they had was – “Is this reserve study accurate?” did the reserve analyst do a good job. This is not an uncommon response and working in the consulting field I have become accustom to this. I agreed to the join in on a Board meeting and discuss my findings and recommendations.

At the Board meeting one of the first comments one of the Board members made was that they feel past Boards have been diligent in adequately budgeting for reserves and they have been doing it this way for at least 20 years. How can I come in and make recommendations that are so dramatically different from their past experiences and budgets which they have perceived as serving the community so well while also keeping dues low? This is not going to be easy for some of them to accept but I had to tell them that the past Boards have been underfunding the reserve account – a tough pill to swallow. If the past Boards really wanted to adequately budget for project costs - The Majority Was Wrong.  Ouch, that is not an easy message to deliver but it’s one I have, unfortunately, become accustom to giving. Now let’s dig into how this could have occurred – over two decades of budgeting decisions made and now I am saying it was not accurate the whole time.

In the above community the past Boards made some key mistakes in their budgeting process over the years:

How can a community budget for decades with no negative consequences?

The reason a community can go so long before any negative consequences surface is that the very large expenses in a community are typically infrequent. In the above example the roof only needed to be replaced every 25 +/- years. In this community they had gotten away with reserving nothing for the roof replacement project for 24 years.  If you divide 24 years by 25 years you find that 96% of the community members have paid essentially nothing into the reserve account for the roof replacement project even though they had utilized 96% of the useful life of the roof (24/25 = 96% of the roof had deteriorated). The majority was very wrong in this example; 96% of the membership over 24 years had paid nothing and suffered no negative consequences for underfunding the reserve account. It is only the membership in Year 25 (the year that the roof needs replacement) that will be required to pay for the full cost of the project costs even though they are only going to utilize 4% of the roof (1/25 = 4% of the roof had deteriorated in that one year).

When these costly but infrequent project expenses are projected to occur I call them “Peak Expense Years”. These are the years where most communities typically have the most difficulties in budgeting for project expenses. The above listed key mistakes past Boards made are the same mistakes we see over and over in other communities as well as why most communities are underfunded. Below is an expenditure graph from one of our reserve studies. On this graph I have highlighted the “Peak Expense Years” – years that are infrequent but extremely costly in relation to the past years of reserve project expenses. During these “Peak Expense Years” one or more large common area projects are projected to occur. In the below graph a community could severely underfund their reserve account between the time period of 2017 thru 2033, all the while be severely underfunded yet suffer little in the way of negative consequences. But in years 2034 and 2041 they have ‘Peak Expense Years” when the true financial position of the reserve account will come to light whether they are prepared for it or not – the project costs will happen. When there isn't enough money in the reserve account it becomes very apparent that past Boards did not adequately budget for reserve expenses.

It is important to note at this time that these “Peak Expenses Years” are rarely surprises – They are typically very obvious to professionals conducting reserve studies as we have a knowledge of the components in the community, their useful life and the an estimated cost for the projects. This is obtained from years of experience and due diligence being conducted on thousands of communities. Boards which typically have little experience on the subject might view them as surprises only due to a lack of knowledge on the matter.

What is a Board to Do?

Without trying to sound too self-serving I would suggest all communities obtain a reserve study as these studies will provide the following:

A reserve study really is an excellent tool Community Members & Boards should embrace. Knowing what expenses will be occurring and approximately when they will occur will allow the Board and Membership to make more sound financial decisions. The list of what is included in reserve study would have answered all of the Key Mistakes this example community made. The communities that we see increasing their reserve account balances and foregoing reliance on special assessments / loans are those that annually update their reserve study. It is no coincidence that Boards which take a keen interest in adequately budgeting also make sure the projections in the community are as accurate as possible. There will still be surprises but with budgeting and knowledge of the true costs the community will encounter, their reliance on special assessments, loans, defering projects or dramatic increases to the HOA dues is minimized.

It’s interesting to note that in the above example community, with the roof replacement project, there was actually a Board Member who had a different opinion than the others. She was the one that contacted us and convinced the rest of the Board that it would be a good idea to have a reserve study conducted so other “surprise projects” could be identified. At this Board meeting it was very clear she was in the minority and unfortunately the reserve study affirmed her fears that the reserve account balance was in a very poor position. The asphalt project and the underground sprinkler project were also not being reserved for and both were expected to occur within a five year period. They are going to have to make some very difficult decisions; at least one special assessment, much higher dues and likely turmoil/stress for Boards and Membership for years to come.

So can the majority be incorrect for a very long time? – you bet and often with little to no negative consequences; in the above example for 24 years! The vast majority of the membership (96%) got away with underfunding the reserve account by keeping dues artificially low – what was perceived as being very frugal was actually just pushing the cost to the Unit Owners who happened to be living in the community in Year 25.  The above example is not uncommon and is the reason States like Washington, Oregon California and Hawaii have passed laws related to the establishment of a reserve account and obtaining a reserve study. Common area project expenses we often see “overlooked” are roof replacement, siding repairs/replacement, asphalt overlay (resurfacing), underground sprinkler piping, waste/drain lines, elevator modernization, to name a few.